Marlow gets a Spring Clean, and a Wombles story…..

On Saturday, Marlow got a spring clean, as part of the national Great British Spring Clean day.  Marlow Town Council organised our town’s cleanup, having put out the call for local residents to volunteer and take part.

There was a fantastic response, and when MyMarlow arrived to take some photos we were greeted by a cheerful crowd of Town Councillors and plenty of local residents, including the “Marlow Wombles” group.  Well done to everyone who took part!

“yet another great example of community spirit” 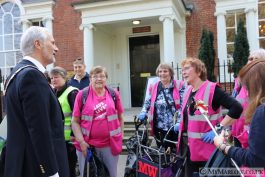 Marlow Town Mayor Chris Funnell said “What a fantastic day, and yet another great example of community spirit and coming together to do the things that matter so much for our town. We all hate the sight of litter spoiling the look of where we live and it benefits all residents to keep our town in top condition. It is a proven fact that people tend to litter more when there is litter already there, so hopefully today’s exercise will have lasting benefits. I am very grateful to everyone who turned out to support the council and our resident pink Wombles along with all the other volunteers who made our day so colourful and productive!”

And what about those Wombles…? 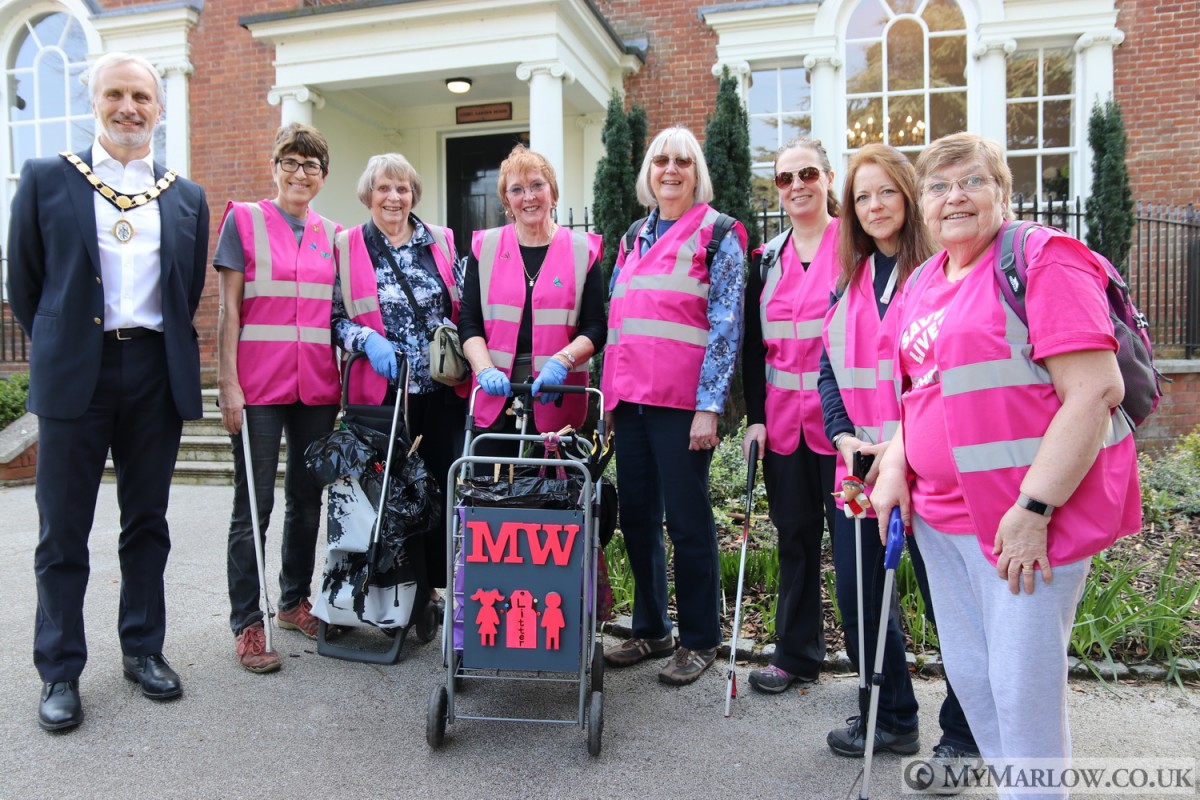 We spoke to Maxine Caswell of Marlow Wombles–  a local volunteer “action group” that has recently formed to help keep Marlow’s streets as free of litter as possible.

The group was formed last year following discussions on social media about litter in town, ending with a comment “maybe we should do something about it…”.  This led to Maxine, Emma Hawkins and Alison Edwards being the first 3 members of what they would later call “The Marlow Wombles”.  A Facebook Group followed, which has already reached 70 members.

Maxine told us: “We’ve been so lucky to get support from the local community. Adam Davies of Cressco kindly offered to sponsor us for 30 hi-viz tops with ‘Marlow Wombles’ printed on the back, and Simon Tickner donated litter pickers and a large green trolley, and said we could litter pick and plant in Riley Park where he is groundsman.  It was like giving us a blank canvas –  we have already planted in the flowers beds and it’s looking lovely, we receive many compliments whilst litter picking from people using the space.”

“Other businesses who have donated include Marlow Wyevale & Flowerland in Bourne End who have given us plants, and many locals have kindly donated trolleys, bulbs, plants, & compost. The plants and compost are for planting in areas of Marlow in need of a bit of TLC.”

Maxine then explained “What we really want is for businesses to get involved to sponsor benches, litter-bins & flowerbeds… or to simply make donations, as most Wombles pay out from their own pockets, for litter-pickers, bin bags and so on.

Our ultimate aim is to get businesses involved in our journey and to join us in Making Marlow an even more marvelous place to live… which will benefit the whole community.”

Water load of fun at Westhorpe!