This week saw the arrival in Marlow of the Swan Uppers – the annual ceremonial swan census.

MyMarlow was lucky enough to be invited aboard the press boat on Tuesday, setting off from Windsor and arriving at Marlow, following the flotilla of skiffs led by David Barber, the Queen’s Royal Swan Marker, with Marlow’s mayor Richard Scott onboard too. We were able to witness the skill with which the Swan Uppers manage to scoop up the cygnets as part of the annual check on swan numbers and health.

Then on Wednesday morning at the Compleat Angler hotel, local schoolchildren had Swan Upping explained to them and they were delighted to see some cygnets close up. David and his team did a superb job of engaging the children. Then the Swan Uppers set off towards Henley to continue their 5 day journey.

What is Swan Upping?

Swan Upping is the census of the swan population on certain stretches of the Thames, which takes place during the third week of July every year. This historic ceremony dates from the twelfth century when the Crown claimed ownership of all  swans, and they were regarded as a delicacy at banquets.

Nowadays – it is all about conservation and education. The cygnets are weighed and measured to obtain estimates of growth rates and the birds are examined for any sign of injury.

The Queen’s Swan Marker and the accompanying Swan Uppers of the Vintners’ and Dyers’ Livery Companies use traditional Thames rowing skiffs in their five-day journey upstream.

More info is at  www.royalswan.co.uk 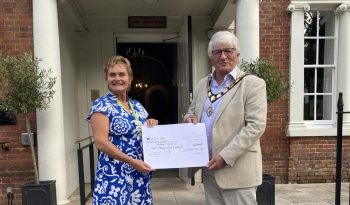 Mayor Richard Scott has been fundraising for Thames Hospice during his Mayoral year.  CEO of Thames Hospice, Debbie Raven, attended a meeting before the Town Council on Tuesday, 2nd August,… 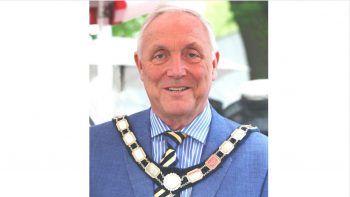 At MyMarlow we were very sorry to hear the following news, passed to us by the town Council: Members and Officers of Marlow Town Council were saddened to hear of…